All Soul’s Procession is a walk to remember

Gillian Drummond, who manages the media and marketing for Affertons, explains her affinity for Dia de los Muertos.

It started as a a tiny parade along a downtown street in Tucson. Today, the All Souls Procession is the biggest of its kind in the world, and a spectacle I was humbled to be part of.

The event celebrates the Mexican tradition of Dia de los Muertos, which is a holiday of festival and celebration of the deceased. The story goes that the dead wouldn’t like to be mourned or grieved with sadness. Instead, their lives are celebrated with parties, food and drink.
In Tucson, the All Souls Procession – named after the All Souls Day holiday on the Latin American calendar – started small. It is now a must-do event in the city’s diary. Participants make signs and carry photographs of their loved ones. They pin messages onto their clothing. It’s a family-friendly event and often pets (and memories of deceased pets) are included too.
And it’s not just people, children and animals who are remembered. On one procession I took part in when I lived in the city, there was a tribute to the demise of a long-standing newspaper, the Tucson Citizen, which had closed that year.
The All Souls Procession celebrates and mourns at the same time. With its street performers, acrobats and elaborate dress-up, the event is more akin to a masked ball.  You don’t just rock up to the event in your ordinary day clothes. This is dress-up time. People spend hours applying elaborate make-up that resembles the calaveras or skulls. Marigolds are widely used (their pungent aroma is said to be strong enough to be smelled by the afterlife.)
The one-mile-long procession ends with a giant urn for participants to throw their messages to the dead into. And then there’s music and performance art.
From a huddle of 20 or so creatives and artists, the Procession has grown to 150,000 and into a major event that attracts people from all over the USA and beyond. Says Many Mouths, One Stomach, the non-profit organisation which organises it: “It’s people powered and people created.”
The tradition has spread into popular culture, and even to the UK. The 2017 Disney film Coco captured the Mexican Dia de los Muertos traditions superbly, and a Day of the Dead procession has now appeared in London. In Tucson, the 32nd annual All Souls Procession will take place on Sunday November 7th after a whole weekend of citywide art events and community workshops.
* Gillian Drummond is a PR consultant based in Scotland who lived in Tucson for 17 years.
* For details about this year’s All Souls Procession in Tucson visit https://allsoulsprocession.org/ 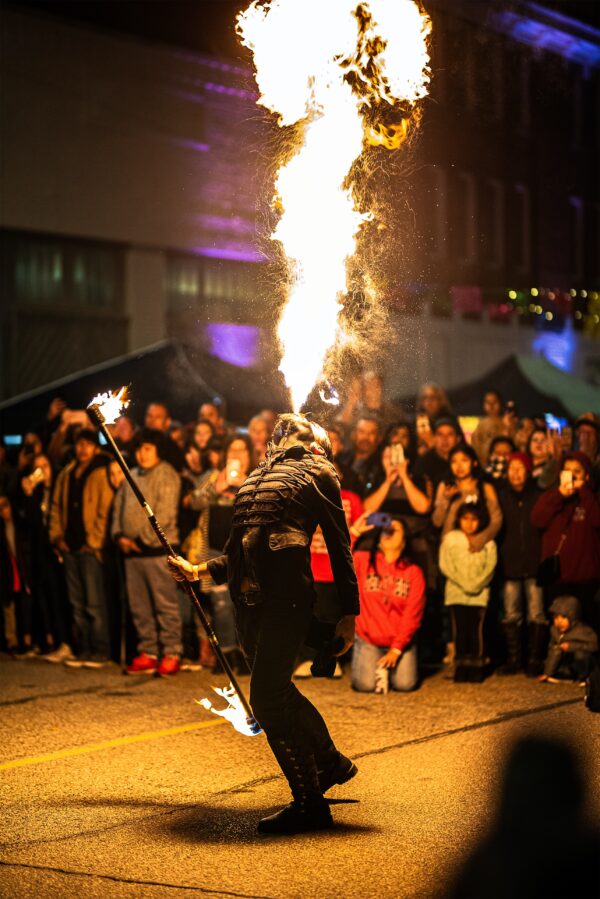