Dundee-based funeral directors Affertons Funeral Care says it’s time for people to talk more openly about death, and consider a variety of funeral options for themselves and their loved ones.

Affertons says a shift in attitudes to death and dying, as well as the COVID-19 pandemic, mean they are no longer taboo subjects.

“It’s time to say goodbye the way you want,” said Paul Craigie, Funeral Director at Affertons, which is about to open new premises on Dundee’s Strathmartine Road. “We have been catering to individual needs for years, but are seeing a significant shift towards more open discussion and a willingness to do something special and customised to commemorate someone’s passing.”

As part of its mission to make death, dying and funeral needs part of everyday conversation, Affertons has relaunched its website with a blog section that will act as a forum for discussion. “We want to highlight the options now available for funerals, as well as give advice to people working through the death and funeral arrangements of a loved one. It’s a trying and stressful time but people need to know that part of a funeral director’s job is to help them navigate all of it,” said Paul. The website was designed by Fife-based SBP Creative.

An accompanying billboard and advertising campaign in Dundee highlights four quirky characters – including a man in a gold tuxedo and top hat, and a woman dancing with headphones on – with the message ‘Saying Goodbye Your Way’.

Daniel Rosie, Managing Director of Dundee-based DLR Media, the agency that came up with the advertising campaign concept, said: “The advertising campaign deliberately packs a punch. We carefully chose four characters who couldn’t be more invidualistic. The aim is to get people talking and asking questions. We think the main characters will attract just the right attention. They go against people’s traditional concepts of funerals and memorials, but send a clear message: ‘Everyone is unique, so why isn’t their funeral?”

Funeral requests to Affertons have included one family who wanted the funeral cortege to go the wrong way through the crematorium because the deceased was a person who went against the flow. Paul said: “I think people are more comfortable now stepping out of the norm of ordering a wreath and standing quietly in black by a graveside. We are catering to many different religions, as well as non-religious. We’re getting demands for eco-friendly services. We had one family who wanted their loved one jettisoned into space in a rocket.”

Added Paul, who once worked in pyrotechnics: “I was happy to oblige and together we shot the rocket off over the River Tay.”

Launched in 2013, Affertons Funeral Care has always been renowned for its personalised service, and for offering affordable funerals that address one of the city’s biggest issues: funeral poverty.

Affertons’ new premises at 207 Strathmartine Road – opening this month – are a long time coming. The company’s former home on Dundee’s Clepington Road was destroyed by fire in January 2020, forcing Paul and fellow funeral director Ronnie Robb to use other locations in Dundee while they sought a new building.

Paul said: “We are really excited about the new location which gives us the space and the technology to cater to more customers and to offer live streaming of services, which has become popular this last year due to the COVID pandemic.” 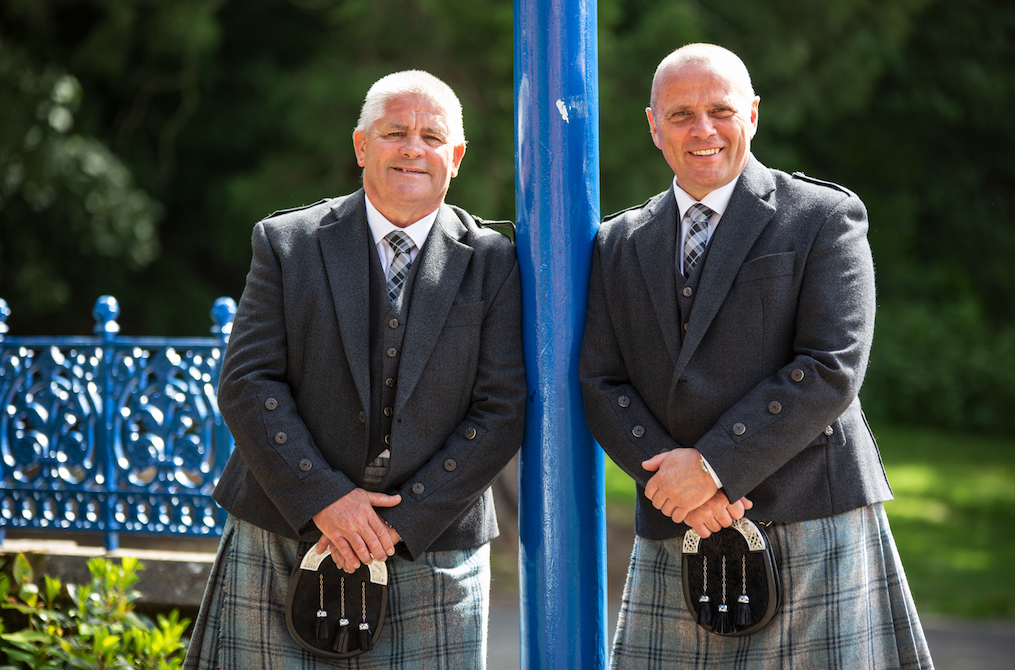